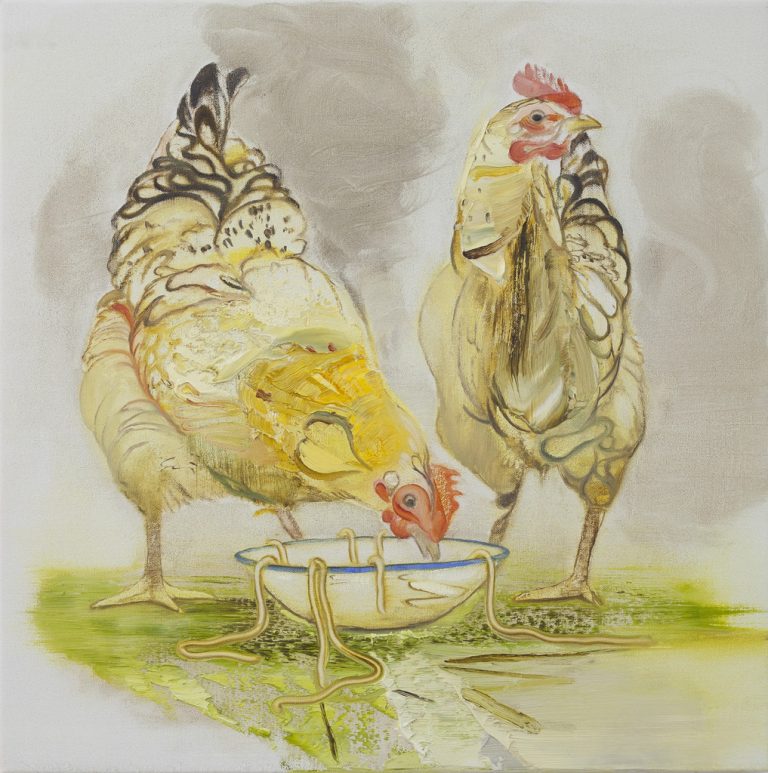 Neon Parc presents a solo exhibition by Buxton Contemporary Collection artist, Tim McMonagle, to be held at the city location.

Comprised of a suite of medium and small scale paintings, McMonagle’s new exhibition features human figures which sit and stand in acts of contemplation and repose, following on from the artist’s previous series of ‘the painter’ depicted deep in thought. These invented portraits of people ­­– male, female, young and old ­­– are at times accompanied by animals and suggest ungraspable past, future and present narratives.

Image: Curtesy of the artist and Neon Parc.