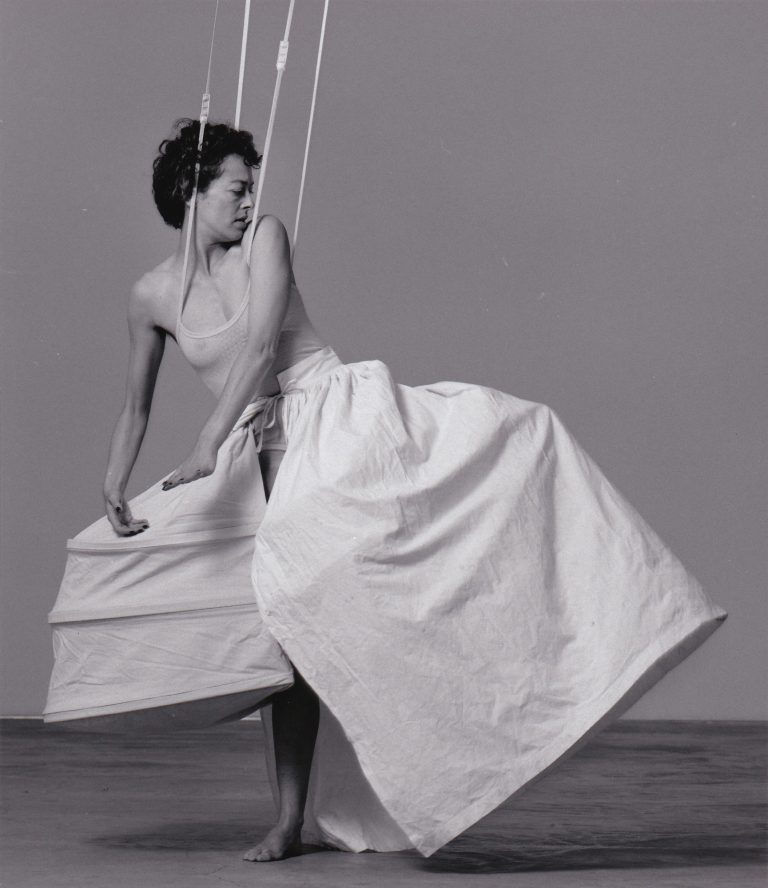 Buxton Contemporary artists are among more than 50 Australian and international artists exhibited in Never the Same River presented by Anna Schwartz Gallery in association with Melbourne International Arts Festival. The exhibition draws on the legacy of four galleries – Melbourne’s United Artists (1982—1988), City Gallery (1988—1993), and Anna Schwartz Gallery, in both Melbourne (1993—present) and Sydney (2008—2015).

Dress : a costumed performance by Shelley Lasica in collaboration with designer Martin Grant will be performed on Friday and Saturday 8 & 9 November at 6pm. Bookings from October 23.