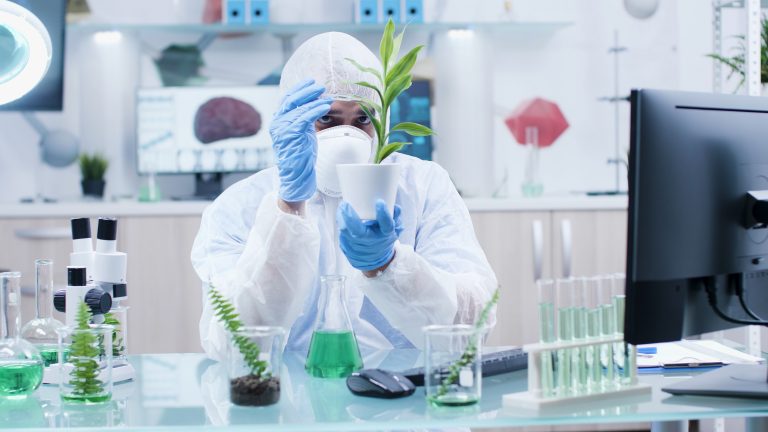 Radical Acts tells a fantastical story about frustrated climate scientists who come up with a plan to ensure they are no longer ignored. The scientists create a new pathogen and clandestinely distribute it to corporate offices via indoor plants. The pathogen makes corporate workers less productive and more open to possibilities beyond relentless growth and the profit motive.

The narrative also involves corrupt politicians and a faked mission to Mars and explores themes of duplicity, neoliberalism and the climate crisis.

An incisive humour is woven throughout all of Laresa’s work, whether it be in questioning the act of looking and representation within the public realm, or drawing out the tensions between received cultural values, political, economic and social issues.

With a practice spanning more than twenty years Laresa’s work is represented in major public and private collections across Australia and in New Zealand including Artbank, Australian Centre for the Moving Image (ACMI), Federation University, State of Queensland on behalf of Stadiums Queensland, The Chartwell Collection (NZ/Toi o Tamaki), Monash University Collection, Naomi Milgrom Collection, and the Michael Buxton Collection at the University of Melbourne. In 2019 Laresa won the Guirguis New Art Prize.